Gene Early co-founded a billion dollar genetics company, and now he’s teaching others what he learned in the process.

Several years ago he joined the founding team of Genomic Health, a genetics and diagnostics company with a current market capitalization of over $1 billion. At the time he joined, he was tasked with guiding, nurturing, and shaping the company’s culture. Using his background in leadership and organizational development – he has a Ph.D from University of Oxford on the subject – he created the HR department responsible for building a successful team. 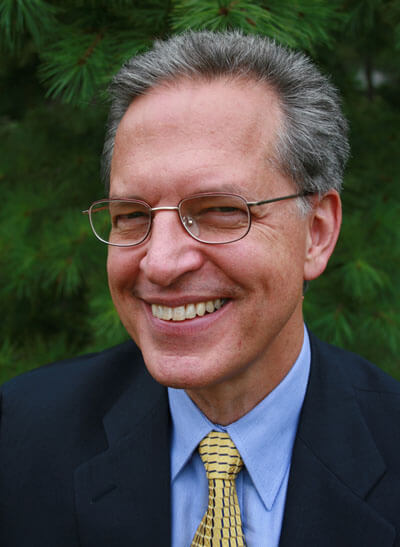 So he knows a bit about company culture and building teams that stay successful for the long haul. He’s graciously offered to share his insights in structuring startup teams for long-term success. If you’re hungry for more, reach out to Gene through his consulting site, www.geneearly.com.

Why should managers care about culture?

“The quality of the culture is the strategic driver, without question. I mean, there is something very attractive in a startup with high potential; companies like that will attract quality talent. But, do people want to stay there? What’s the quality of life like? What do they sacrifice in order to be in that kind of environment?

Steps towards a healthy culture:

1) Find a champion for your culture, and give them permission to push back.
“When we started Genomic Health, my co-founder Randy said to me, “ the one thing I’ve not really been successful with is culture, and it’s clear that you’re passionate about that. So, let’s work together, and let’s create a company that has a great culture,” which is what we did. That was a motivation for me to join.

“We not only wanted to create a great scientific company that delivered value to the patient, we also wanted to create a company that offered value to its employees and provided a great place to work. We would not have created a company if Randy had not had such a vision for organizational health. Health means a place that is nurturing to its employees as well as a place that produces outstanding products for customers.

“VC funding puts enormous pressure on founders as we all know. Randy had to really stand for my role in the company, and that made a big difference. He made the case to the VC and answered, ‘Why do we need this?'”

2) Open your mind to change.
“When I share insights with a leader, that leader can choose a couple different paths. The leader can choose to be open or closed to what I have to say. Not to say I’m always right, but, when the feedback I offer resonates as true, then we’re a go. We can do something. When they defend and protect (as we all do), rather than engage, we may say, “Well maybe you should work with somebody else.” So openness is key; it’s step one.

“My responsibility, and the responsibility of the person tasked with cultural health, is to create a space that is safe enough for a leader to go and explore themselves. We should pay attention to what’s most important to a leader’s identity; those foundational aspects will shape the organization’s culture. You have to be an incredibly mature leader to do it yourself. And, really great leaders can. But, not everyone can.”

3) Care for others and let others reciprocate.
“Founders need nurture, too. Great ideas only take you so far. We know so many stories of people who just burned out, and didn’t care for themselves. So, part of health is being able to find the balance between caring for others and accepting it yourself.”

“If we use Genomic health as a case study, Randy’s values allowed him to say yes to relationship. And relationship is core to culture. It’s not just what happens inside the company that affects culture. In a start-up, you spend so much time in the company that your family has a potential for suffering. If it suffers too much then you actually will be destructive in the whole, even though you may have produced a great company.”

“Randy was able to balance that really well with his family and the families of the other founders. All were family people who understood the balance that was required. I was very cognizant of family balance and I tracked that as one of my metrics for how we were doing as a company – how the relationships were doing both internally but also externally.”

4) Create space for your team to realize their potential.
“You can either have a heroic leader carrying the whole company and controlling everything, or you can create a space for your team to succeed and grow. That open authority space encourages people to deliver their full potential. That is a persistent value: the release of the full potential of every individual in the organization.”

“So we found the CEO, and she turned out to be the chair of the board; she just hadn’t realized her real capacity. She was innovative, a mom, and a homemaker. She and her husband founded a foundation for their two children with a rare disease. However, she’d never seen herself as an organizational leader.”

“It was obvious to everybody that she was the right choice. She was open to the concept partly, I think, because she recognized in herself the capacity that she had not previously seen. So, she defined her role based on the context of what the organization needed and what she want to do. Both her goals and the organization’s goals aligned.”

“That kind of openness was very compelling. It was, however, very challenging for the CEO because she was constantly challenged to be open with others and herself.”

A contrasting example:
“I once worked with a global media company. The manager of that division was insecure leader. The head office offered him a really high powered strategy person. The global CEO had said, “We need to get our strategy right. So, I am going to offer you chief my strategy person.”

“But the divisional manager had three people in his executive team who were his “Yes” men. The new strategy guy brought incredibly high-value work. Eventually, his strategy was implemented, but it was always rejected on presentation.

“The divisional manager was basically saying, “I control the inputs. I’m going to take whatever’s quality, I control the inputs.” He didn’t room for the full expression. The strategy person had so much more to give. And he really poured himself into it. But I would say the division only used 1/3 of his value.

“Later on, a new global CEO took over. When the new CEO came in, he fired this divisional manager. It was kind the first thing you do.”

Safe to say, Gene is doing what he loves. He loves coaching, mentoring, and setting others up for cultural success. If you want help with your own startup or enterprise, feel free to reach out to Gene at www.geneearly.com.