In 2019 augmented reality remains one of the top technology trends to watch.

Peter Rojas a panelist on VLAB’s panel “Outdoor AR: Who Wants to Come Out and Play” — June 5th at Stanford — says augmented reality or AR has almost unlimited potential to transform how we interact with each other and the world around us. 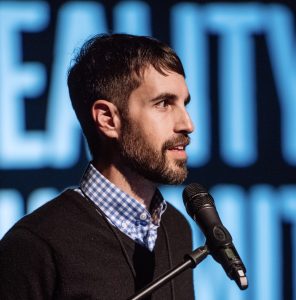 “Large numbers of people are already using outdoor AR in one form or another — they just don’t think of it as using AR, they think of it as playing a game or unlocking a filter that’s tied to a specific location,” adds Rojas, founding partner, Betaworks Ventures and founder of Gizmodo and Engadget.

AR adds digital elements to a live view often by using the camera on a smartphone. Some have taken off at one point or another like Snapchat lenses and the game Pokémon Go. Some refer to it as a “mirrorworld.” 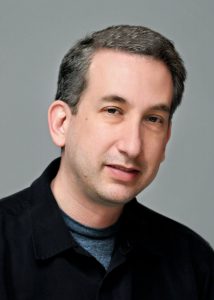 However, challenges for developers of new applications remain.  “The trap too many developers fall into is believing that the sheer novelty of AR is going to be enough to get people to use their app. The truth is that it’s not enough; most people don’t care whether something is AR or not, they just expect whatever they use to be great,” says Rojas.

On a positive note, augmented reality is expected to become a key collaboration tool making other methods a thing of the past: “AR is going to be the most important communication medium for humans starting soon up until direct brain melding makes all other forms obsolete,” according to VLAB panel Moderator Avi Bar-Azeev, designer and architect, Reality Prime.

And what’s in store for the future? Bar-Azeev says that in 50 years, no one will say “AR.” It’ll be simply “reality,” however we agree to extend it. “Working outdoors means it works almost everywhere, in sunlight, darkness and thunderstorms,” he adds. 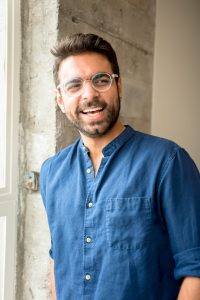 “The physical world will really not look that different from the way it does now, but the digital layers on top of it will resemble massively multiplayer online worlds,” explains Anjney Midha, Co-Founder and CEO of Ubiquity6. “Almost everyone will own a device allowing them to ‘opt-in’ to these digital layers, and almost everyone will access a host of different services/layers that will cater to different demographics and interests, ranging from gaming to navigation and telepresence.”

As is the case with most new emerging tech areas, controversy is part of the AR equation. Ownership of content is one of the biggest controversies related to the outdoor AR field. And that there are both benefits and downsides of the content owned by a solution developer versus being distributed among the personal devices of the users.

Bar-Azeev agrees: “Having seen what happened in the 90s, we can hopefully be more thoughtful about how to grow the ecosystem for greatest benefit.” He adds it will be necessary to fully educate government officials along the way.

Purchase a ticket or sign up for the live stream here: https://vlab.org/events/outdoor-ar/

Thank you Michelle McIntyre for writing this article and Natalia Erokhina for editing. Thank you Ksenia Zvyagintseva and Arun Iyengar for the coordination and management of the Outdoor AR panel.