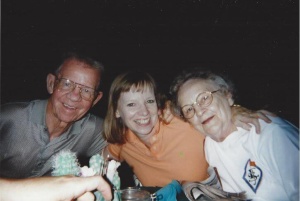 Parents are often the source of inspiration that leads to success. This was the case for prominent venture capitalist Ann Winblad, Founding Partner at Hummer Winblad Venture Partners. Winblad was the oldest daughter of a winning coach. When asked about her hero, she named her father, a high school basketball coach who passed away five years ago in his 90s. “My dad has been training me to be a coach all my life,” said Winblad. “When you go from a company founder to a venture capitalist, you transform from a player to coach.”

In the early years of her career, she quit her job at the Federal Reserve Bank to start a software company, which she later sold for $15 million. In 1989, along with John Hummer she founded Hummer Winblad Venture Partners. As they were starting the company, Hummer visited Winblad’s childhood home. “My dad was excited to meet my new business partner, 6 foot 10-inch Hummer, a 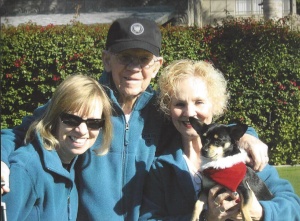 first-round NBA draft pick,” she said. Her father shined and set out his basketball medals in anticipation of the meeting. “My parents also cooked a huge meal, enough for 30 people it seems,” she added.  She had warned them that Hummer was a big guy and a hearty eater.

Today, HWVP manages hundreds of millions of dollars in capital, carefully picking enterprise software startups to invest in. “As a coach you just want to make sure you find a great point guard like Stephen Curry,” she said, making a comparison between finding great leaders for start-ups and building a basketball team.

Startup Founders and Entrepreneurs, join us in San Francisco for our upcoming Founders’ Series event: A Fireside Chat with Ann Winblad – Disruptive Business Models in Enterprise Software in San Francisco on the evening of April 14, 2016, 6:00 p.m. Tickets are available now >